As we work in the field the mapping team looks for any evidence of ancient human activities. In New Mexico and Arizona we have found thousands of artifacts spread across the desert. Some of these form alignments of ancient sites and between the sites there are bits of broken pottery (sherds) scattered as if meant to mark a line. These linear sherd scatters are also in alignment with the sites. In addition these linear sherd scatters are often isolated from the structures. We find them crossing exposed bed rock and other flat surfaces.

These linear sherd scatters also serve as a method of testing our road hypotheses. Once we have mapped a large area and are satisfied we have found most of the structures, we look for aligned sites. These alignments serve as the basis for creating a road hypothesis. We then conduct extensive surveys between the aligned sites. This painstaking process involves the search for any bits of pottery. In this way we find isolated sherd scatters. Mapping these scatters often reveals that they are linear and located between aligned sites and along the road model. We infer this assemblage of sites and sherds scatters to mark an ancient road connecting bigger sites where many structures may occur as well as structures called great houses. An assemblage of small and large structures including a great house we call a great house community.

The photographs below show examples of the sherd scatters. 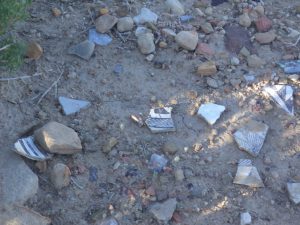 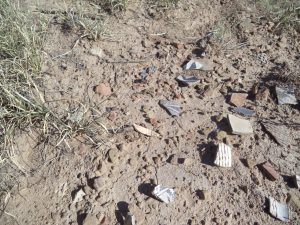 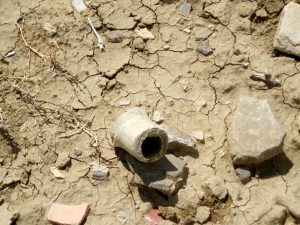 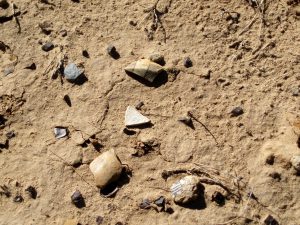 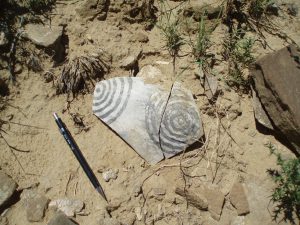 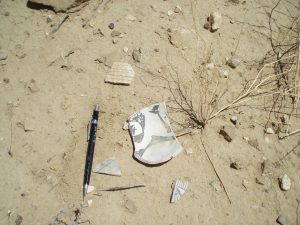 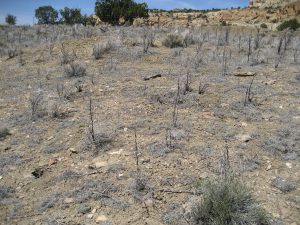 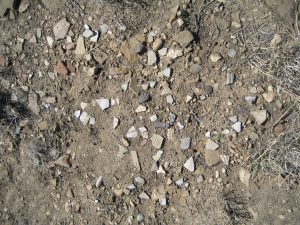 When we use the term “site” we mean a collection of artifacts including scattered platy rocks (probably construction material), remnants of walls, upright rock slabs, debitage (worked rocks, arrow heads and spear tips), and sherds.

In the past big obvious sites could be found from the air or by driving along modern dirt roads. These big sites might include more than one structure or a single very large structure reported as a great house.

Great houses are often found first as large mounds and later partially excavated to determine some of the details of the architecture. In Chaco Canyon in New Mexico decades of excavation have revealed the complexity of great houses. In other areas very little but a mound of scattered debris is all that remains of a great house. And in the case of smaller sites, very little can be found. By walking across large empty areas we eventually find these smaller sites. 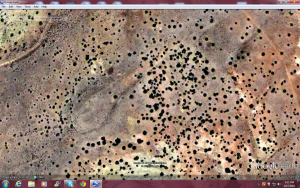 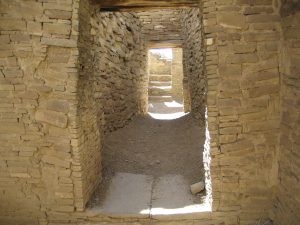 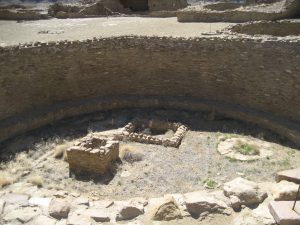 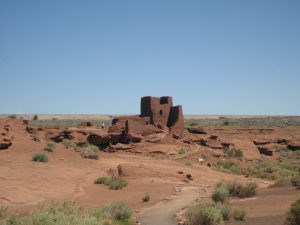 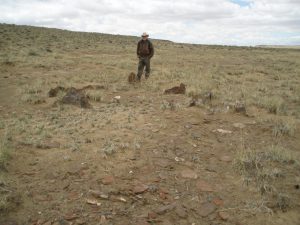 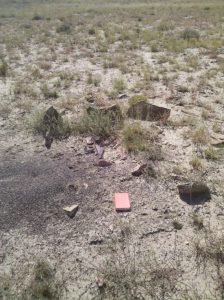 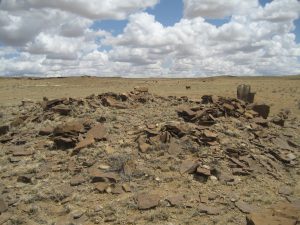 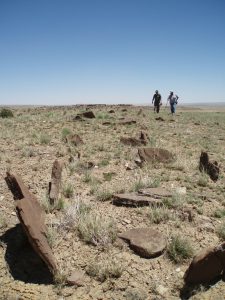 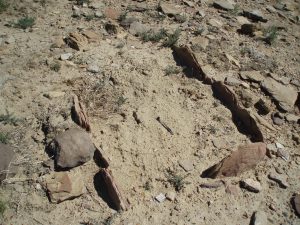